Join Wine Paths on a tour of the finest distilleries in the USA, and delve into the Deep South on a flavor discovery of the all-American bourbon whiskey.

Home to one of the finest and most unique whiskey varieties in the world, the USA is a top destination for whiskey drinkers. With a rich and interesting history of distilling, first introduced by its immigrant population, the nation’s love for distilled alcohol has been adapted from the recipes of others. But its own unique interpretations – and its own strict production process to make bourbon categorically bourbon – mean that this spirit truly is American to the very last drop.

Our distillery tours will take you to the heart of the whiskey lands, journeying across the famous Bourbon Trail and getting an insider look at how America’s native spirit is produced. Get up close to the stills and casks, smell the grains in the air, and walk amongst the creators of the country’s proudest export as you take in its remarkable history.

Overview of Distilleries in the USA

The art of distilling originally came from Europe but is very much embraced by the Americans. In recent years, there has been a huge growth in the distilling industry. And producers are now making whiskey, vodka, rum and every other type of spirit you could wish to try – in just about every state.

Bourbon is particularly popular for discerning whiskey aficionados. Many whiskey distilleries don’t actually make bourbon though. In fact, most bourbon whiskey is produced in Kentucky (95% of it) – and in order to classify as bourbon whiskey, the alcohol needs to be made according to strict guidelines. Not only does it have to be made in the USA (any whiskey made outside of the country cannot be classified as a bourbon), but it is produced with a specific process. There needs to be at least 51% corn, which is mashed up with other grains, and it also needs to be aged in brand new charred oak containers.

To maintain the same quality and its distinct flavour profile, the same cask cannot be used twice. These barrels are usually sold onto other distilleries and are re-used for spirits that don’t follow the same rigorous procedures. By using new barrels each time, bourbon promises a unique taste, which is sweet and also slightly smoky.

Other whiskey distilleries in the US produce variations such as malt whiskey (similar to Scotch whisky), rye whiskey, rye malt whiskey, wheat whiskey and other types of corn whiskey that aren’t bourbon. So there are plenty of styles to try if you wish to diversify your palate.

The History of Distilleries in the USA

Irish and Scottish settlers in the hilly states of Tennessee and Kentucky were the first to begin brewing American whiskey. Both Tennessee and Kentucky provided access to raw materials and other resources that made whiskey making extremely easy. Corn was plentiful in these regions. And with clean, lime-rich waters, plus ample timber for building liquor barrels for transportation and storage, the trend of distilling grew and grew.

In the early beginnings, distilling was split into two major types; sour mash and bourbon. Both styles had their own unique charms, but bourbon was quickly recognized as something special. So much so that US Congress later made a resolution that meant bourbon distilleries had to follow a strict set of rules in order to pass their product off as a bourbon.

The first ever commercial bourbon distillery in Kentucky was opened by Evan Williams in 1783 in Louisville, and the Evan Williams brand remains a favourite today. Other historic distilleries include Maker's Mark (the world's oldest operating bourbon whiskey distillery), Buffalo Trace, Jim Beam, Wild Turkey and Stitzel–Weller.

What Happens on a Distillery Visit

Our distillery tours are an excellent opportunity to learn more about your favourite spirits. We take an insightful approach, garnering knowledge and distilling secrets from the whiskey makers and Master Blenders of the trade.

A visit to a whiskey distillery usually begins with a tour of the premises, as well as an insider look at the distilling process. This is your chance to see whiskey production in action. On a bourbon distillery tour, you will get to see the beautiful oak barrels in which the alcohol is aged and given its distinct flavour profile from the wood. Learn all about the ageing process and enjoy a tasting session where you will be able to sample the results.

Tours that are concluded with tastings are normally led by an expert in the industry who will be able to teach you the best way to observe, smell and taste different whiskey varieties.

While distillery tours are designed to make their guests feel as comfortable and looked after as possible, it’s important to remember they are still working distilleries. There may be areas that are not climate-controlled, so it can get hot and humid.

The Best Distilleries to Visit in the USA

At Wine Paths, we take our clients to some of the best distilleries on the famous Kentucky Bourbon Trail. Home to 95% of all bourbon distilleries, the Deep South is the best place for touring the distilleries and enjoying exclusive tastings.

Angel’s Envy Distillery is one of the places that we can take you, with guided tours to give you a sneak peek behind the scenes of bourbon making. This illustrious label’s bourbon heritage is rooted in more than 200 years of distilling, blending and perfecting. This is a great distillery to visit because it combines the best of whiskey tradition with modern concepts, and the brand is never afraid to improve on a classic.

Inspired by the legendary Master Distiller, Lincoln Henderson, Angel’s Envy produces a bourbon that is a true masterpiece to taste. The 5% of spirit lost each year during barrel ageing is called “Angel’s Share”. After tasting this distillery’s bourbon, Lincoln remarked that they’d finally gotten a better deal than the angels. This is the story behind the name of Angel’s Envy, and our tours will journey you to this special place that has shaped the contemporary world of bourbon.

DISTILLERIES
Bourbon / USA
Angel's Envy Distillery
Guests have a unique opportunity to visit a full production distillery in the heart of Bourbon Country while learning about secondary barrels and our ... 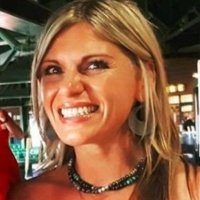