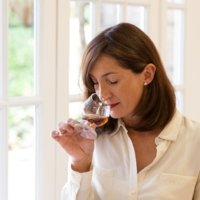 Travel to a different age and time

Explore a secret address in Cognac!

The spokesman of a famous cognac house once said that if 11 percent of China drank one bottle of Cognac per year, the entire Cognac region couldn't produce enough of the liquid to meet that demand. Surprisingly, only about 3% of the production of Cognac is consumed in France; the rest is exported. Cognac is, technically speaking, a wine grape brandy from the region of the same name, located just north of the famed Bordeaux wine region, in the southwest of France. It is made by distilling wine and then aging the resulting spirit ("eau de vie") in wood barrels. Vestiges of wine production in the Cognac region actually date back to the 1st century AD.

The Cognac region is divided into six smaller areas, each with different soil characteristics: Grande Champagne, Petite Champagne, Borderies, Fins Bois, Bons Bois and Bois Ordinaires. The most sought-after grapes are generally grown in the Grand Champagne, Petit Champagne, and Borderies regions. In fact, many Cognac houses pride themselves on sourcing their crops from these areas. The Ugni Blanc grapes often used to produce the best cognacs would actually make terrible wine! High in acidity and low in alcohol at harvest, the flavours in this bland varietal are concentrated during the distillation process and then drawn out thanks to oak barrel ageing. The production process is both intricate and fascinating and well-worth a few hours of your time.

Spend a morning or afternoon exploring a world-famous Cognac producer hidden in the heart of the small town of Jarnac.

Discover the only Cognac house specialized exclusively in the production of Old Cognacs using Grande Champagne grapes. Open the doors to the family home and follow the Cellar Master as he takes you through the 18th century cellars located on the banks of the Charente river. He will tell you the secrets and the savoir-faire of one of Cognac's oldest names, as well as stories of the family.

A magical moment to be swept away to a different place and time: enjoy the opportunity to taste the old vintages produced in very limited quantities; with them, the vintners seek excellence using only the best grapes available.