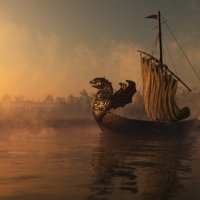 Embrace the art of making and tasting great wines

Private tour and tasting at Chateau Beychevelle in Bordeaux, France

Discover the unique typicity of the great terroirs
of Château Beychevelle during a private tour and tasting.
Theme
Visits & Tastings
Duration
From 1 to 3 hours
Groups
Yes

Château Beychevelle is a prestigious Cru Classé whose character has been forged by three centuries of history. Under Henri III, Beychevelle was the fief of the Dukes of Epernon, particularly the first of them, Jean-Louis Nogaret de la Valette. This Grand Amiral was powerful -according to legend, the boats that passed before his château had to lower their sails, as a sign of allegiance. Hence the name "Beychevelle" (Baisse-Voile which is French for "lower your sails"), and the emblem of the château, the ship with a prow in the shape of a griffin, guarding Dionysos's cellar in Greek mythology.

Follow the steps of our winemakers and discover the secrets behind the label as privileged guests of the Château. During a two-hour tour, step into the shoes of our team and learn how to create great wines. You will explore our new winery and the oldest parts of our cellars dating back to the 18th century, between tradition and modernity.

As fine connaisseurs of Château Beychevelle, we will invite you to challenge yourselves in the art of tasting during a mystery tasting of our wines.

The historical wines of Château Beychevelle tell the stories of men and women passionate about the art of making great wines.